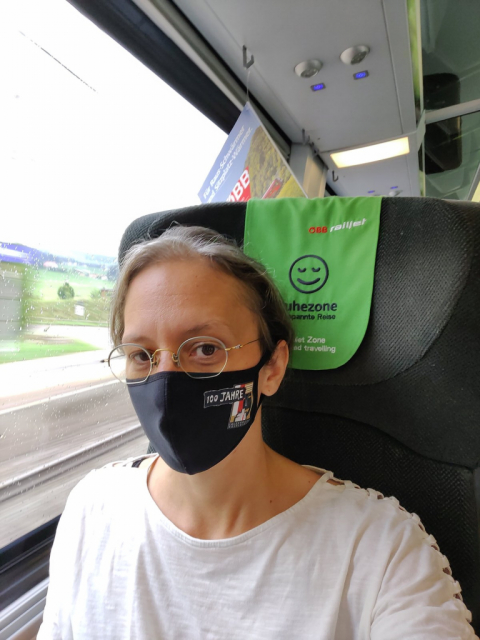 Travelling to Diersbach, near #Passau in #Germany to play at INNtöne with my #clarinet colleague Oğuz Büyükberber tomorrow. Open air. Fingers crossed for warm weather!

It is great to be back making music with other people again. 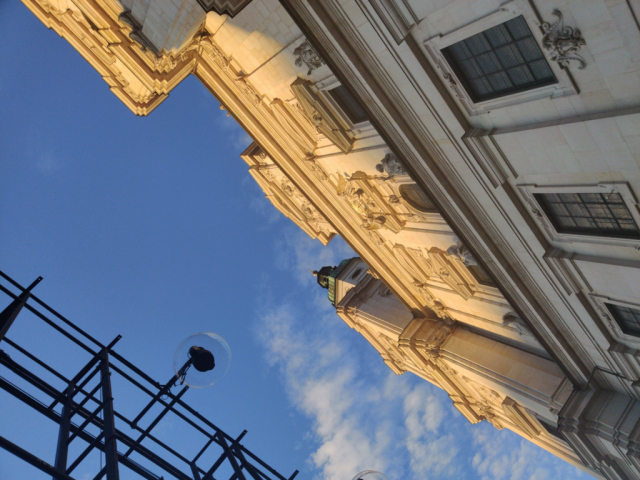 We work under very special conditions, wearing masks as much as we can, getting tested every week. I feel privileged to be able to do what I do. Apologies for the rotated phots, somehow I could not figure out why they look this way :rolling_eyes: 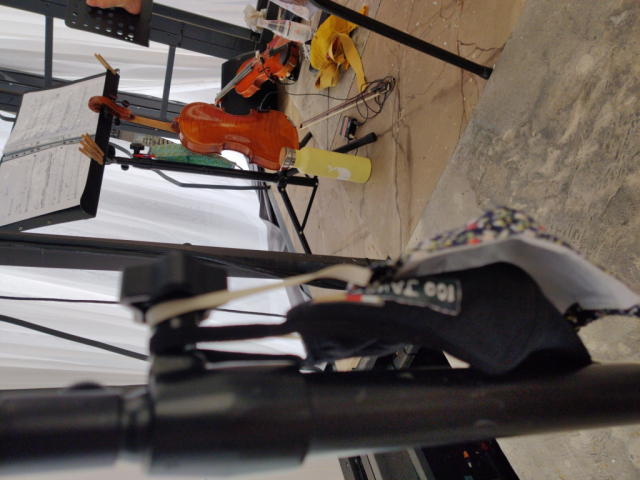 The Salzburg Festival is taking precautions to distance the audience from each other and us crew from the audience. As annoying as this is, at least it makes for a safe work environment.

It feels weird though, to play for half the audience: 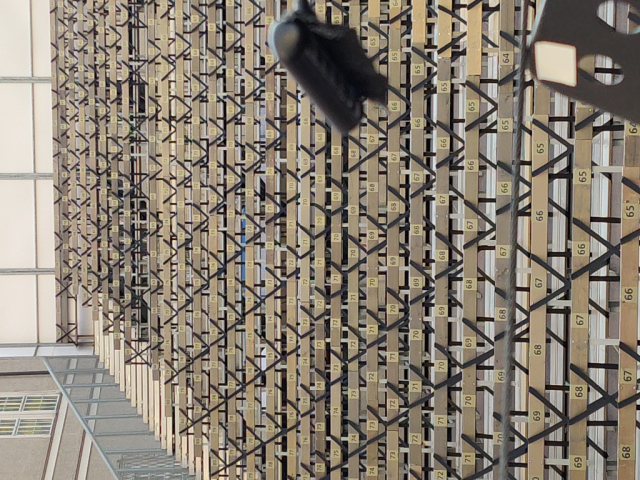 We ended up playing the opening night inside. Moved at the last moment. Never mind the stress at the last instance. It turned out to be a very concentrated and energetic performance. 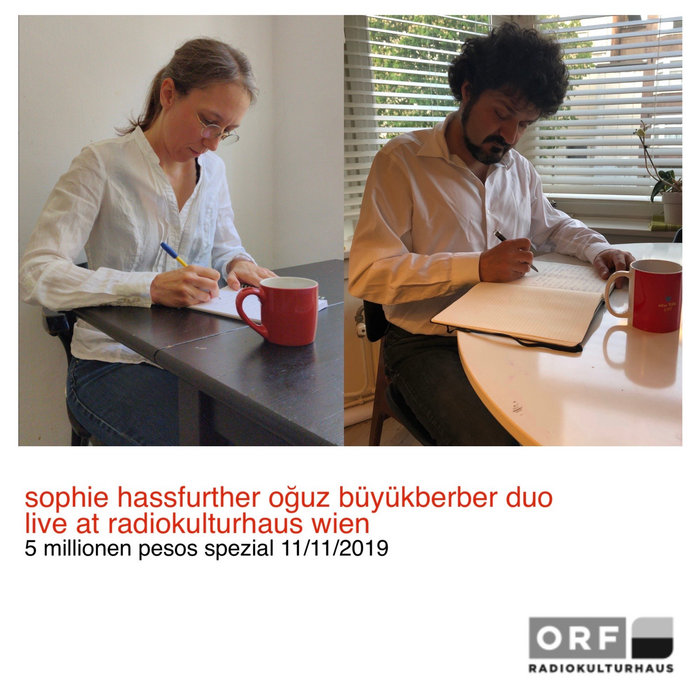 Our nine track EP is for sale now!
We have put together a beautiful digital booklet, so make sure to get the whole album while it is hot.

EP release on May 1st 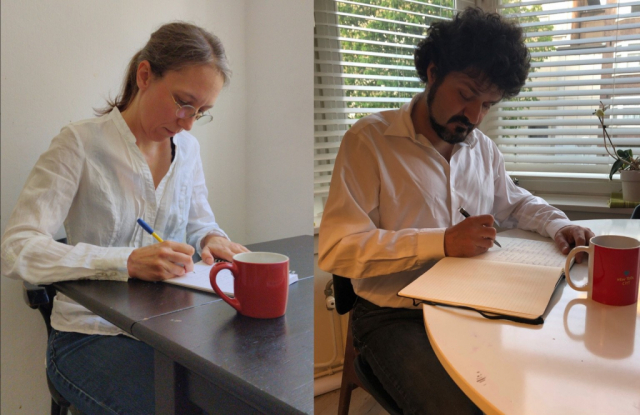 It has been an intense six weeks, to say the least.

I went through my archives several times in the last one and a half months, in reminiscence of times that seem out of reach at the moment. Music is interaction, even more so improvised music. I felt a strong longing to interact with fellow musicians.

I love what some musical groups are putting together now under exceptional conditions. Some recordings are done really really well. Orchestra or band productions might sound so convincing, you would not believe they were recorded in seperate rooms at seperate times of the day etc. Musicians are very good at reproducing performances.

In fact, my arts teacher at school used to bitch about how musicians only reproduce and don’t dare to just play. He had a point in a way, unfortunately his personality and his love for liquor did not make him a very compassionate human being, let alone receptive to criticism.

Musicians are good at reproducing. In particular reproducing as a manual act of craftsmanship. Take the blending of a good orchestra or band: over time, the musicians will learn what their neighbours do, how they tune in, how exactly the attack of the people around them starts, so that it sounds as if one person is playing a chord, even though two, three, eight, ten, twenty or fifty people are. Or take the timing of a good band: musicians will learn what articulation works best when playing in rhythmic or melodic unison with certain instruments, which parts of the piece are to be played laid back, which parts on or in front of the beat. How to glory in the climax. Which notes to bend or play broader, which ones to anticipate.

We all learn these crafts in our daily work, fitting ourselves into a giant mosaic of musical fractions compiled of the information we and our fellow musicians create. Sometimes making space for the voice of others, sometimes making ourselves heard.

Does this limit the capacity to interpret and create? I would say it might. But in the best of circumstances, it allows us to zoom in, only to find yet another universe of fractions within a piece. Kind of like The Sierpinski Triangle. And right now, this skill is what makes it possible for recordings to sound live, alive even, because people are reproducing what they have worked on, over and over and over again.

As I was digging through my archives, I rediscovered a live recording of a concert from last fall, the last public concert Oğuz and I played at the radio station in Vienna. There it was: the spark of immediate, instantaneous interaction.

With the generous support of Ö1 Musikredaktion, and in celebration of the intimacy of live improvisation, we will be releasing the EP "live at RadioKulturhaus" on May 1st. We chose to make it pay as you wish, in recognition of the economic difficulties some of us are experiencing. If you feel like you can give more, please do. In any case, enjoy the music! Along with the release of this EP, we will release some video footage from a concert in 2018, so lots of good things coming your way!

Two pretty cool reviews for Mind Like Water. So if you have not purchased my CD yet, below are excerpts from the articles to support the decision-making. Also great as a Christmas present 😉

"It is clear in all of the pieces, that fluidity as well as unpredictability of water underlies the playing of both musicians. There is always an element which challenges both performers, yet ultimately lifts the music to a higher level where the musicians "collide". Nowhere do Sophie Hassfurther and Oguz Büyükberber get into trouble with each other, the elusive nature of water does indeed characterize their unity."

"Sophie Hassfurther and Oguz Buyukberber leave the familiar paths to engage in a dialogue which blends various styles. Expanding on Contemporary Music through Jazz, they create picturesque sound sculptures, that resonate both skillfully and powerfully" 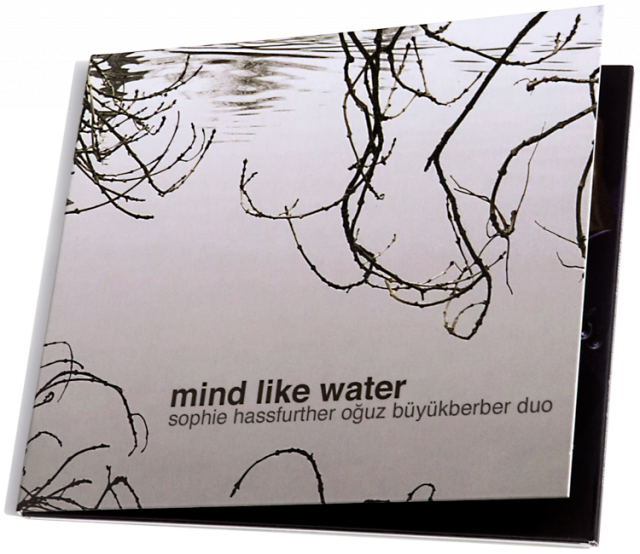 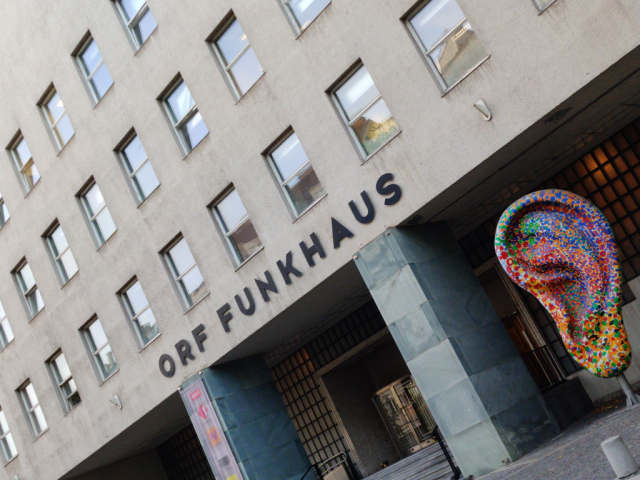 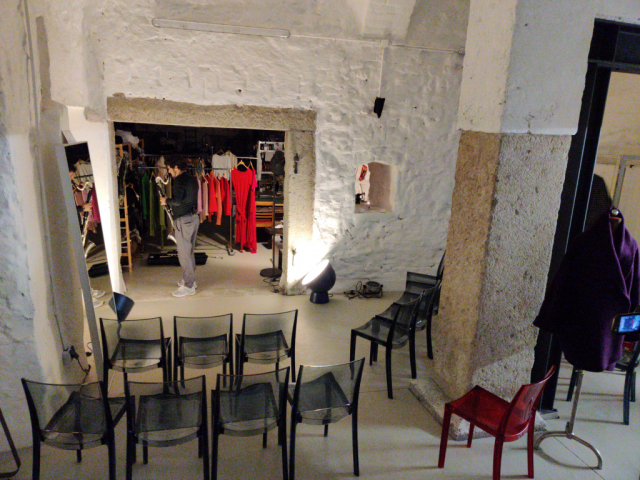 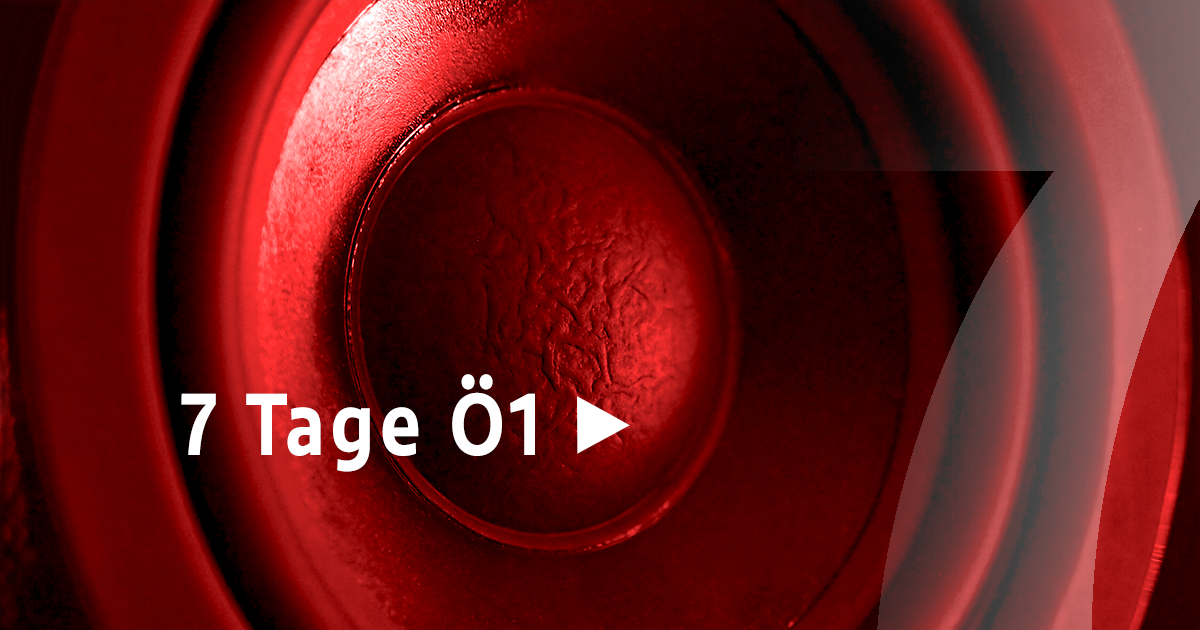 This post and all comments will appear on my blog.

CD presentation in Vienna, Passau and Hallein in November

It all started at Salon Goldschlag in 2018. Actually it started much earlier, but that concert in June 2018 was where we presented our program for the first time the way it was recorded in the following days and put out on the CD which we will be presenting in two weeks.

I had an inspiring conversation with a friend the other day. A graphic artist herself, she admired how musicians can improvise, create music on the spot. It seemed like magic to her. There are technical aspects of course, music theory to be learned and forgotten, physical boundaries and the limitations of the instrument. But the act of improvising remains magic. 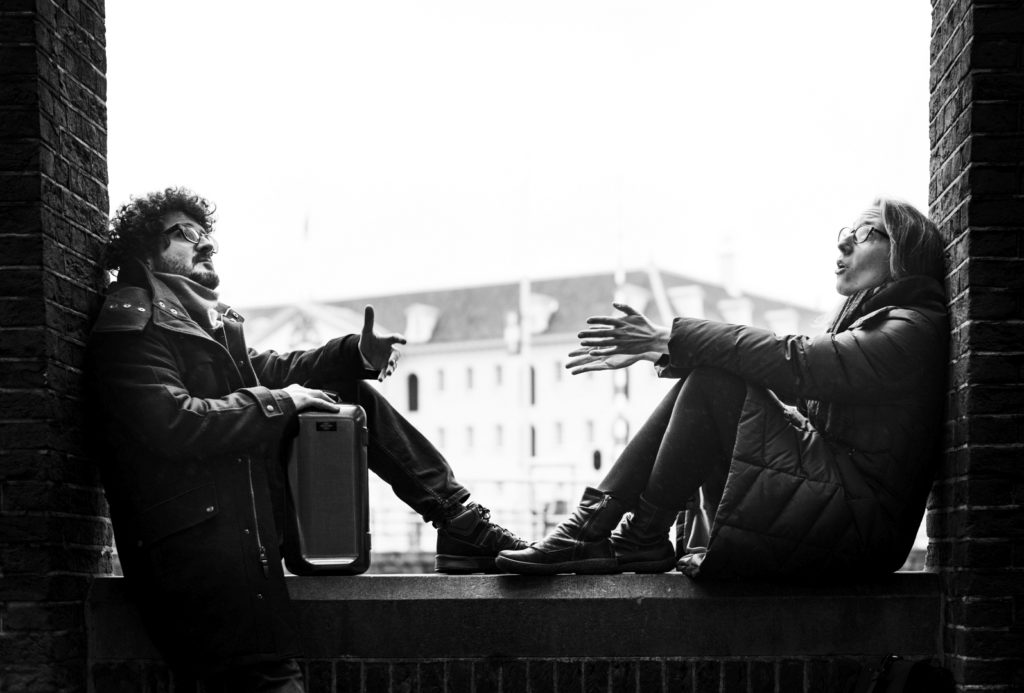 We had been working on the raw material for the previous two years to develop fourteen duo pieces. There is a mix of compositional strategies. Some pieces are fully composed. Some are purely improvised. And some consist of composed and improvised sections. As Christoph Irrgeher of Wiener Zeitung put it: “A dialogue of airy, often lyrical sound gestures unfolds, carried out on the frontiers between Jazz vocabulary and free tonal expression.”.

The fact that it is hard to tell to which extent the music is improvised / written out is intentional. This open setting of little or no prior agreements demands a lot of musical empathy and trust from the people involved. It won’t work with just about anybody. It works very well between Oğuz and me. Henk Jansen of the Dutch Klarinet magazine had flattering words for it: “Their interplay is strong, intimate and unerring”.

We will be playing a series of concerts in Vienna, Passau (D) and Hallein. Ö1 Jazznacht will be hosting me on Saturday Nov 9th and our concert on the 11th of November will be broadcast on national radio. Woohoo!

The streams will be available for seven days after the broadcast, I will post a link once they are uploaded.

For those who can be around: please check the dates we have lined up for November and come to one of our concerts, I’d be happy to see you!

This post and all comments will appear on my blog. 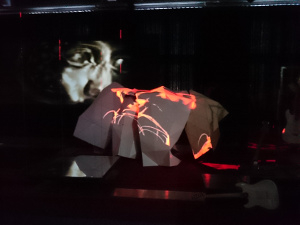 I just got back from an intensive 3+ days of rehearsal for the theatre project Gilgamesh – reloaded. The piece is an adaption of the oldest written epic of humankind, that has been preserved in full. A chamber play with storytelling (in German…), video and music. We will re-open on Friday in Saalfelden. This time with a focus on the female narrative, the changeover from matriarchy to patriarchy.

Gilgamesh is a ruthless king, ignorant of the laws of nature and of the boundaries of his fellow men or women. Only the love for his friend Enkidu and the grief over his death turn him into a compassionate being. This ancient tale is also a story of the 21st century, in which many powerful people go crazy and we are at a turn of the tide.

Gilgamesh, you won’t find the life you are chasing. I tell you something: Laugh and dance. Celebrate each day. Look at the kid, holding your hand. Let a woman become happy in your arms. For this is humanity’s destiny.